1st Kids Klub of the Year

We had singing, memory verse practice, a Bible story about Jesus, a book mark craft, and snacks. 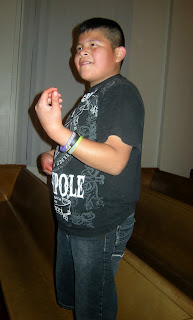 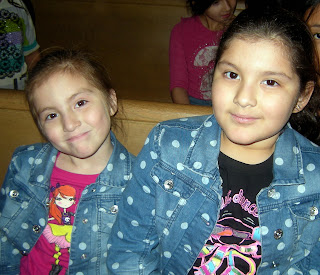 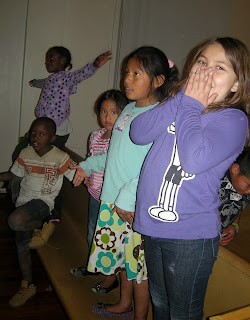 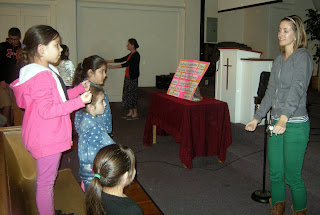 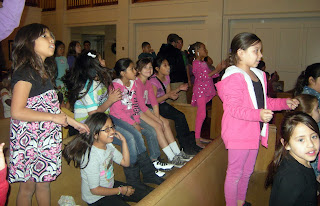 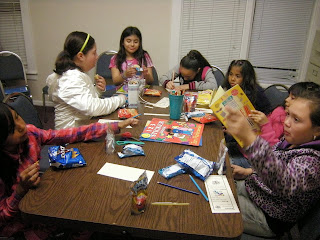 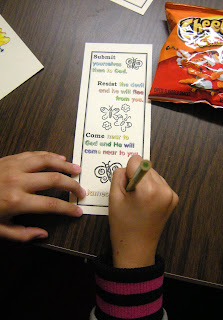 Since the Bible lesson was about the temptation of Jesus, the older classes discussed ways they and their peers are tempted. Categories were written on the board, and they were asked to rate them 1-10, with 1 being the greatest temptation. This is the 4th-6th grade boys’ board: 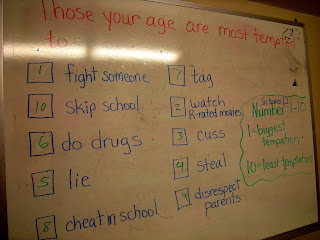 This is the 4th-6th grade girls’ board: 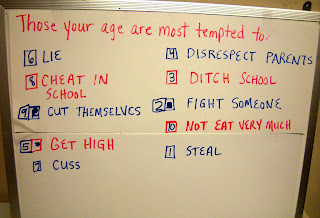 You’ll notice that both genders put fighting near the top, and wouldn’t you know that we had a real-life example of this almost happen last night? While our van was taking load #1 home after Kids Klub, two boys who were in load #2 (the ones waiting to go home) began to exchange words, and the one threatened to fight the other. Staff intervened, and the fight never happened, but the threatened boy was rather upset. Of his own accord, though, the instigator apologized to the other boy, saying something to the effect of, “because I know that’s what the Bible says I should do.”

Just when you aren’t sure the kids are “getting it,” a scenario like this happens that is a great encouragement. In this culture especially, it is not the cool thing to do to admit you’re wrong and back away from a fight, but it is the Jesus way.