Return the Cross to Golgotha
by George MacLeod
I simply argue that the cross be raised again
at the center of the marketplace
as well as on the steeple of the church,
I am recovering the claim that Jesus was not crucified
in a cathedral between two candles:
But on a cross between two thieves;
on a town garbage heap;
at a crossroad of politics so cosmopolitan
that they had to write His title
in Hebrew and in Latin and in Greek…
And at the kind of place where cynics talk smut,
and thieves curse and soldiers gamble.
Because that is where He died,
and that is what He died about.
And that is where Christ’s men ought to be,
and what church people ought to be about. 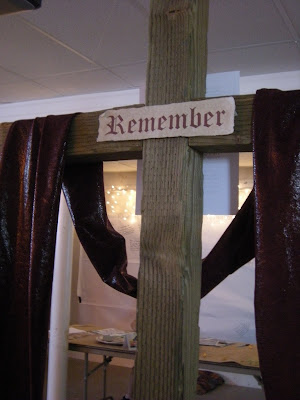 The cross was there.

Standing in the center of the room.

A symbol of suffering, of healing, of the moment when the One who perfectly completed His Father’s mission poured out His soul unto death, purchasing victory.

Around that ancient symbol of the church prayers flowed.

Some chose to pray for the youth of this community and the many factors that contribute to the barrenness and emptiness in their lives, as symbolized by this tree: 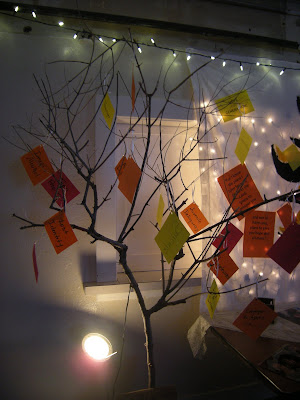 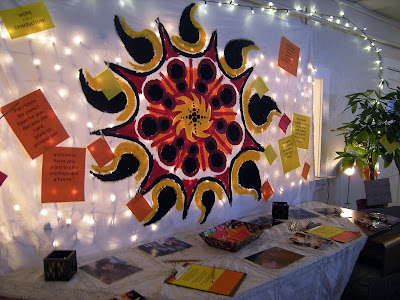 Some chose to write their personal requests on the prayer wall so others could come along later and intercede on behalf of those requests, too. 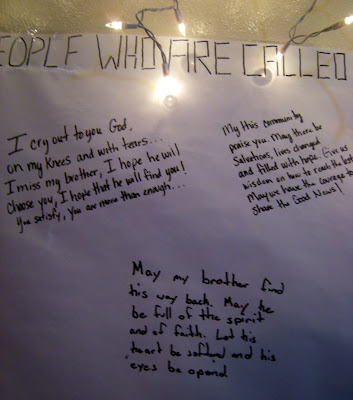 Some chose to pray for the many teachers and students in this area of Phoenix, as illustrated by the map below. 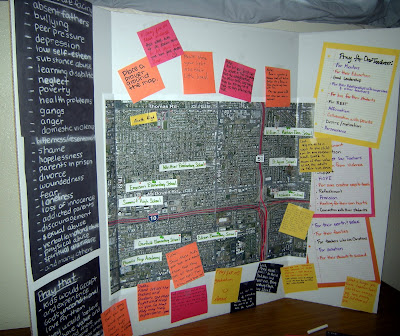 Still others gathered to pray for those in our community who are in bondage to addictions, placing heavy chains on their shoulders as they prayed to identify with the weight of sin that those struggling ones endure as they sadly attempt to do life without Christ. 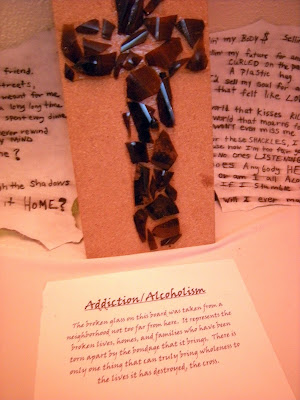 Others prayed for the expectant single mothers and the wee ones who are being raised by parents who are still children themselves. 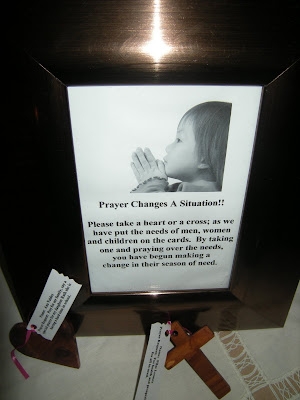 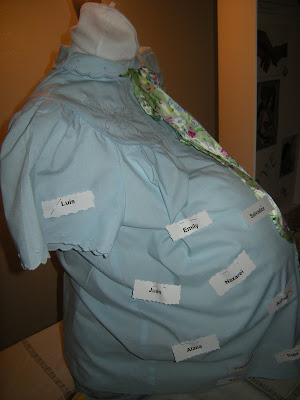 Some prayed while sitting, standing, kneeling, writing, or painting. Some prayed on the hard floor or cushioned by a pillow. Some prayed silently and alone or corporately and aloud, at 4:43 a.m. or at 4:43 p.m.

The cross was there.

Standing in the center of the room.
He was there.
That divine presence that promises to be present where two or three are gathered in His name.
That One who declared, “My house shall be called a house of prayer.”