Three days down, seven to go.

Seriously, it has been a lot of fun, just in a tiring, energy-expending kind of way! It really is a privilege to be able to share Jesus with these kids, especially when you realize that even the simplest of Bible stories are often unfamiliar to them.

This week, our bus route has been in the Projects area, which is a large government housing complex. With an attendance of 69 children yesterday evening, the bus was rather full. Here are a few sardines excitedly making their escape to enter the church–and no, this is not a timed race: 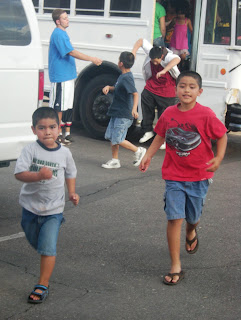 And one of the beautiful faces of VBS: 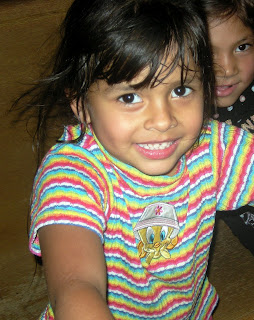 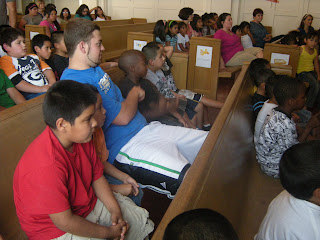 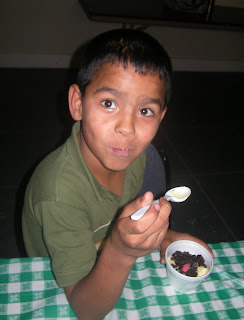 A highlight of each evening — music time with Keith & Emily. They LOVE to sing and dance and clap! 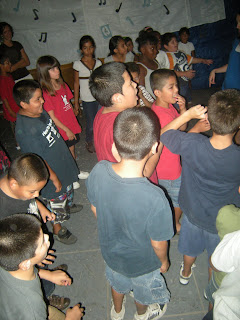 My class of 8-year-old’s playing a game I remember enjoying in VBS umpteen years ago (called Flying Dutchman, I think) 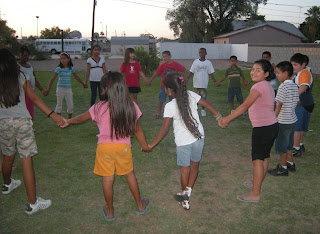 Since we don’t have any youth groups assisting us this year, several volunteers from City of Grace have joined us this week to serve as classroom helpers. They have been incredible! Not only are many of them sacrificing time away from their families, they’re also driving in from far-off lands like Gilbert, Mesa, and Sun City. What a blessing!

All the other staff (mostly interns or former interns) are just golden, too. They are carrying out the main teaching responsibilities and doing such a great job of it that kids keep coming back for more each evening–and inviting their friends to come, too.