On Friday evening at Teen Night, we honored two of “our” graduates from high school, Mario and Hilda. 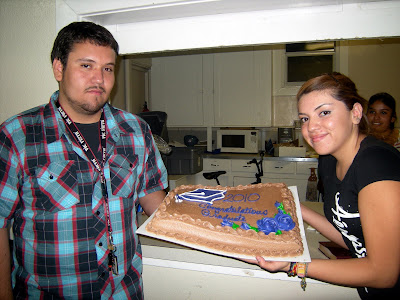 Darrell prayed for the graduates, and they each received a Bible as a gift from Aim Right. 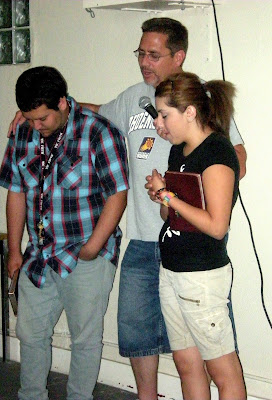 I thought it might be fun to take a trip down memory lane and see a bit of the journey these graduates have taken. Here is Hilda at Aim Right’s 2003 Vacation Bible School (look for the sack labeled with her name). 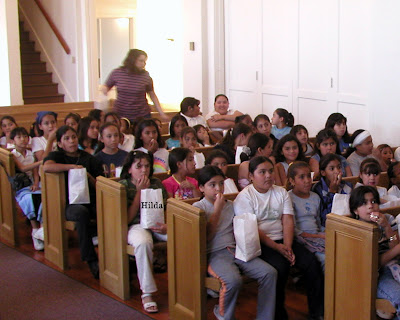 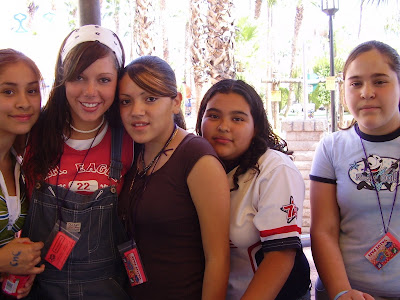 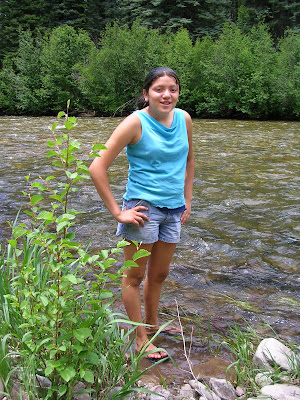 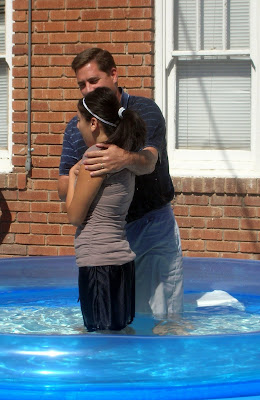 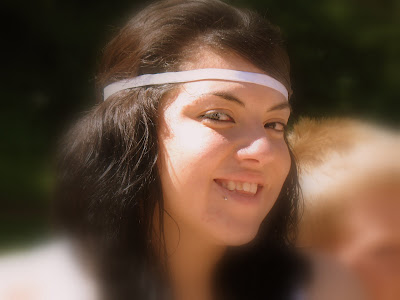 If I had to write a few words about Hilda (which is what I appear to be doing at the moment, isn’t it?), the words of Paul to Timothy seem especially appropriate:

“I am reminded of your sincere faith…” (2 Timothy 1:5)
I have observed in Hilda a faith that is sincere and a heart that genuinely wants to pursue God. That has influenced the kind of daughter, friend, and sister she has become.
Moving on to Mario….
While Hilda’s family has lived in the Garfield community for years, Mario’s has not. He was introduced to Aim Right through a friend and regularly began attending Aim Right programs after going to Teen Camp in 2008.
Mario has a great sense of humor and enjoys making a joyful noise to the Lord — that noise being his awesome skills on the drums. The trio pictured below was part of the same small group at camp in 2008, and you’ll still find them together several times a week — playing worship music, cruising around in Tim’s truck, talking about life and God, or laughing at a youtube video. 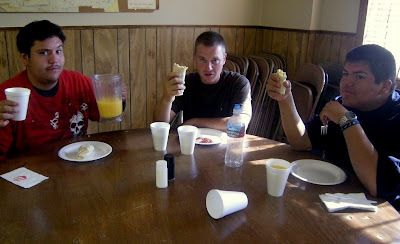 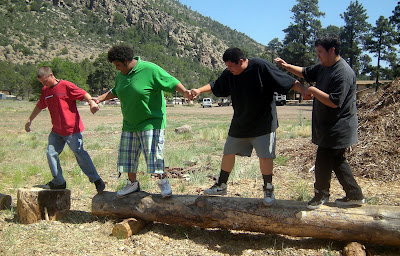 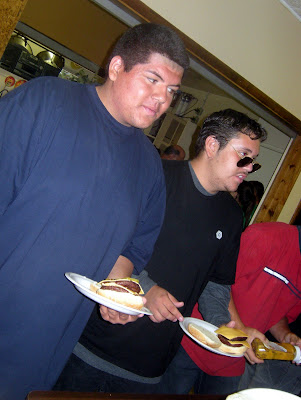 Serving at fundraiser in 2009: 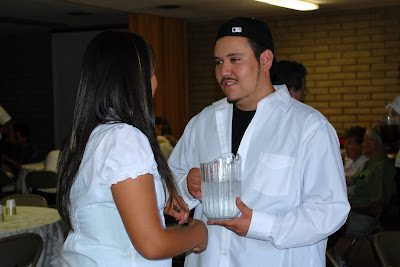 Congratulations on reaching this milestone, Mario and Hilda!

“And I am sure of this, that He who began a good work in you will bring it to completion…” —Philippians 1:6