Kids Club took a field trip this week to attend a Christmas play hosted by a large church in the Valley.  Almost all of our Kids Club “regulars” were able to go.  We took 36 children to the play on Wednesday evening and another 36 on Thursday evening.  Answers to prayer were safety traveling during rush-hour traffic and “no child left behind,” since there was quite a trek to and from the busy parking lot, plus a few thousand folks attending the play each evening. 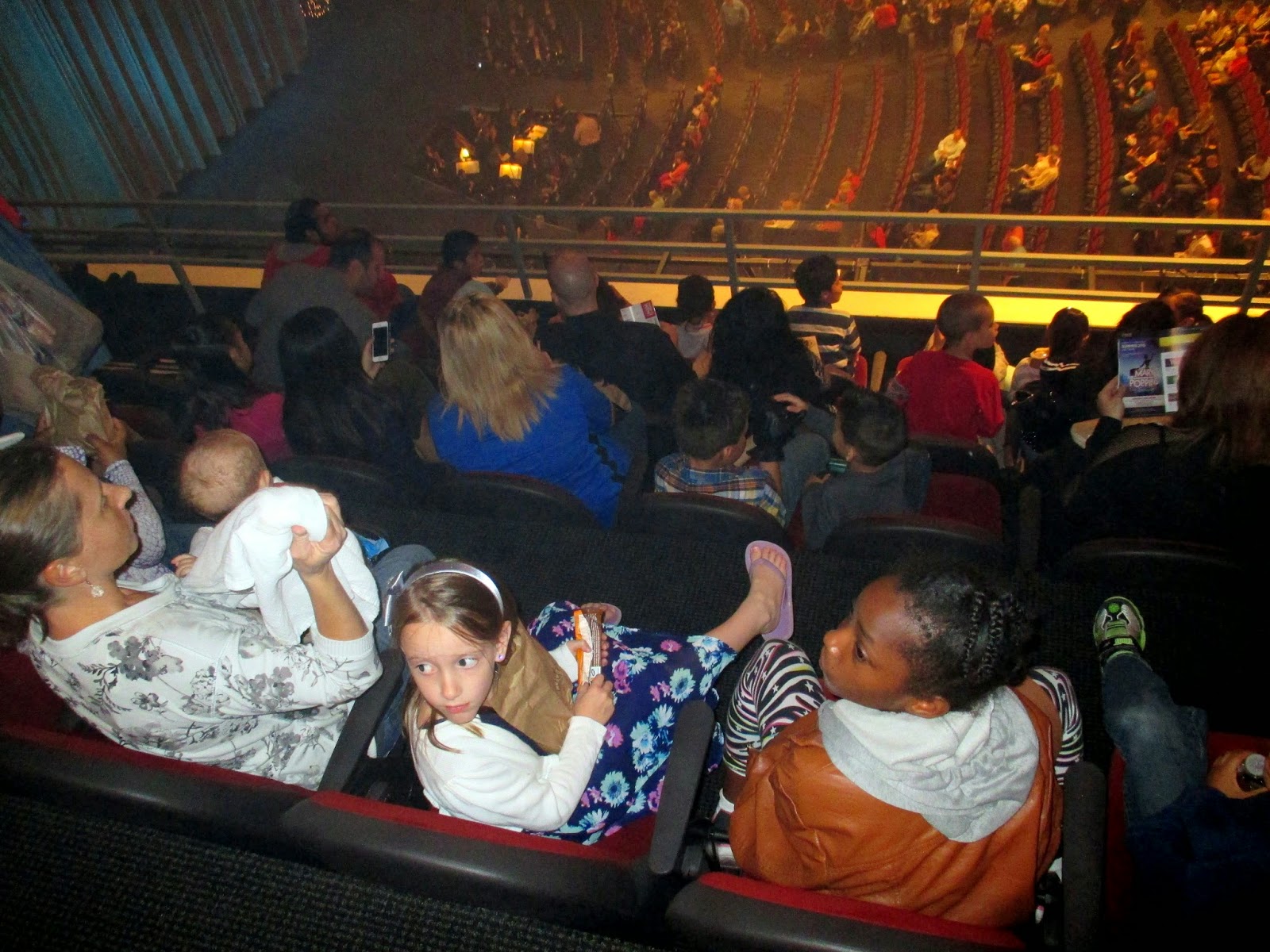 Enjoying their snack bags before the performance began:﻿ 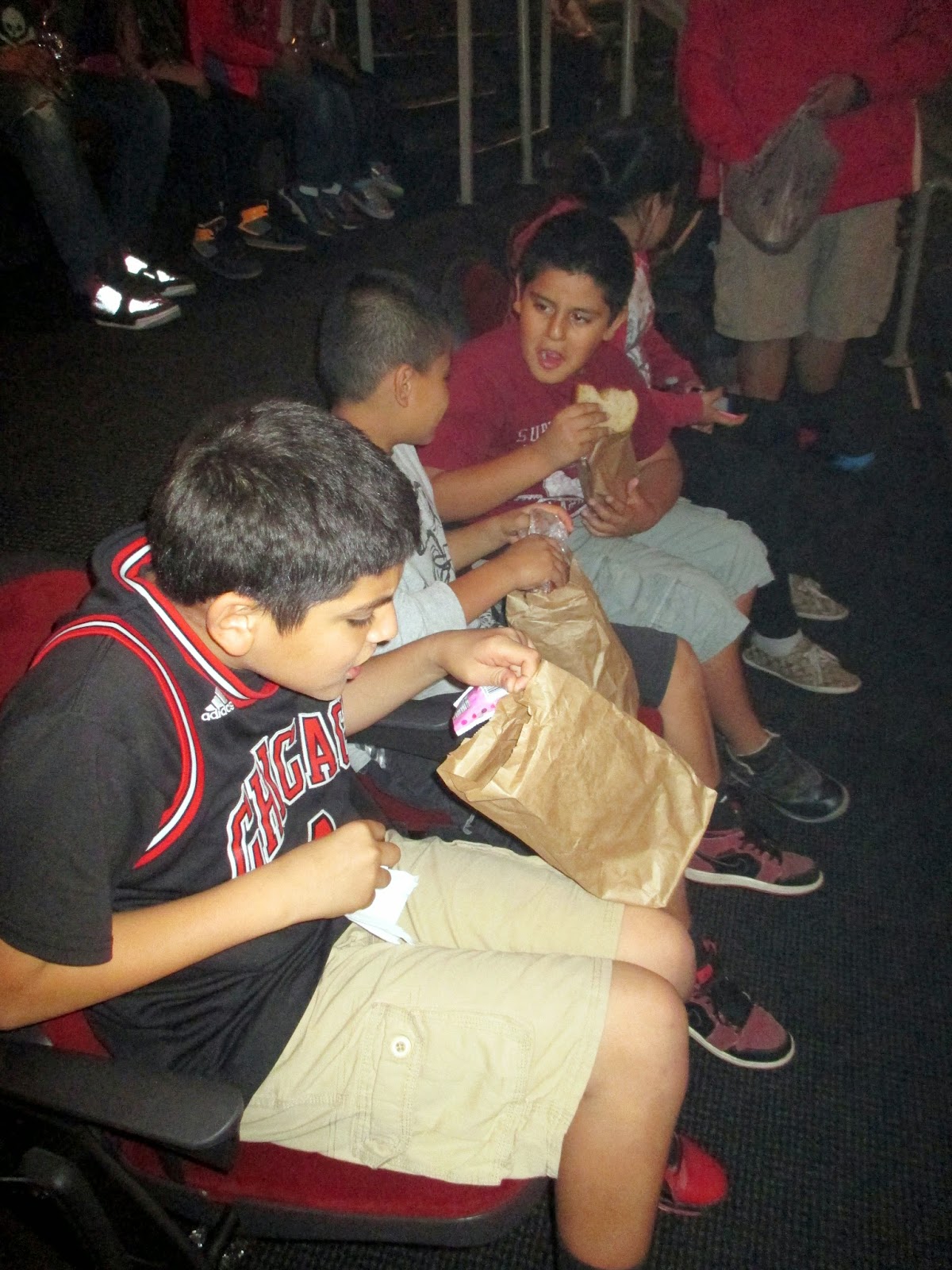 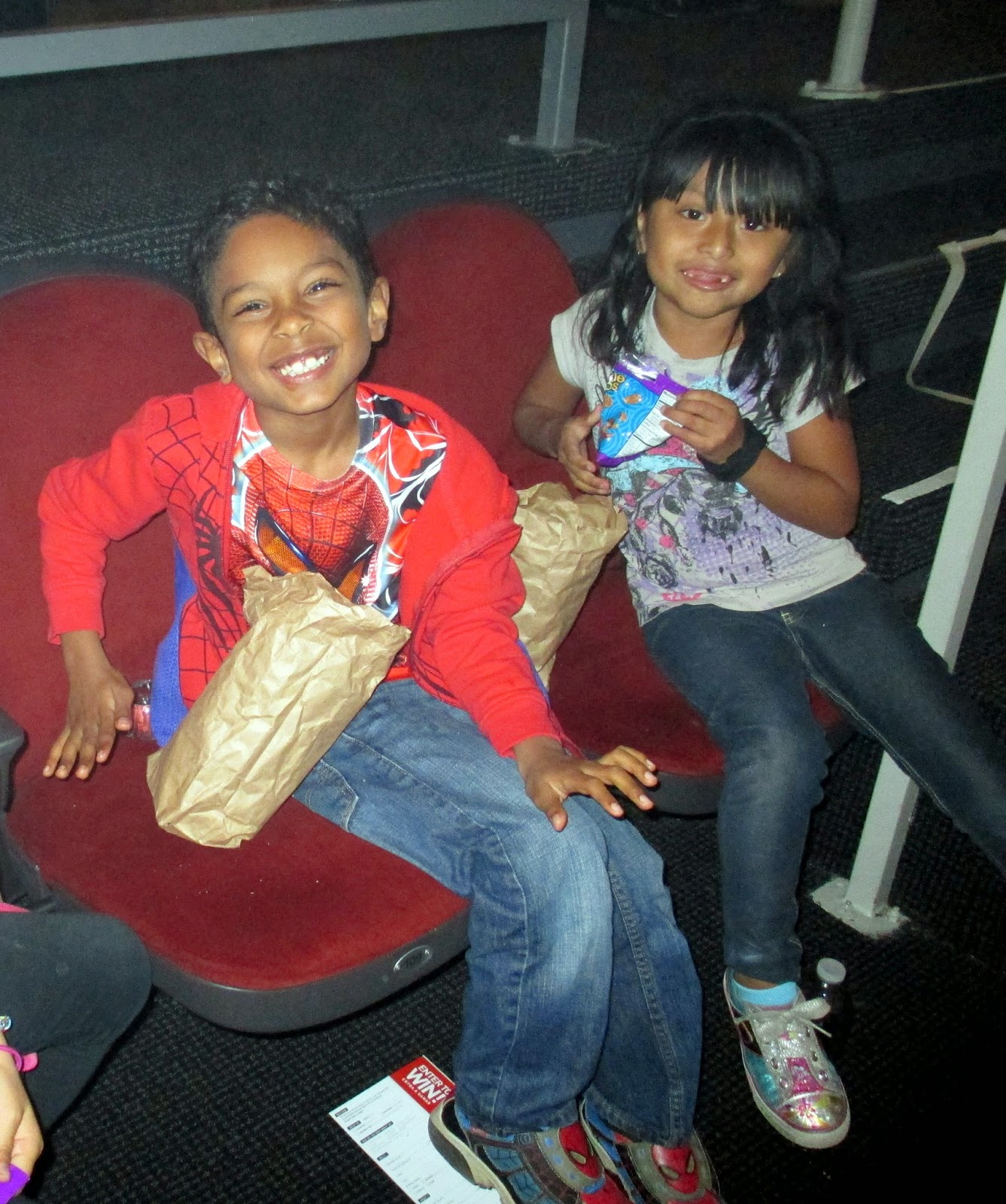 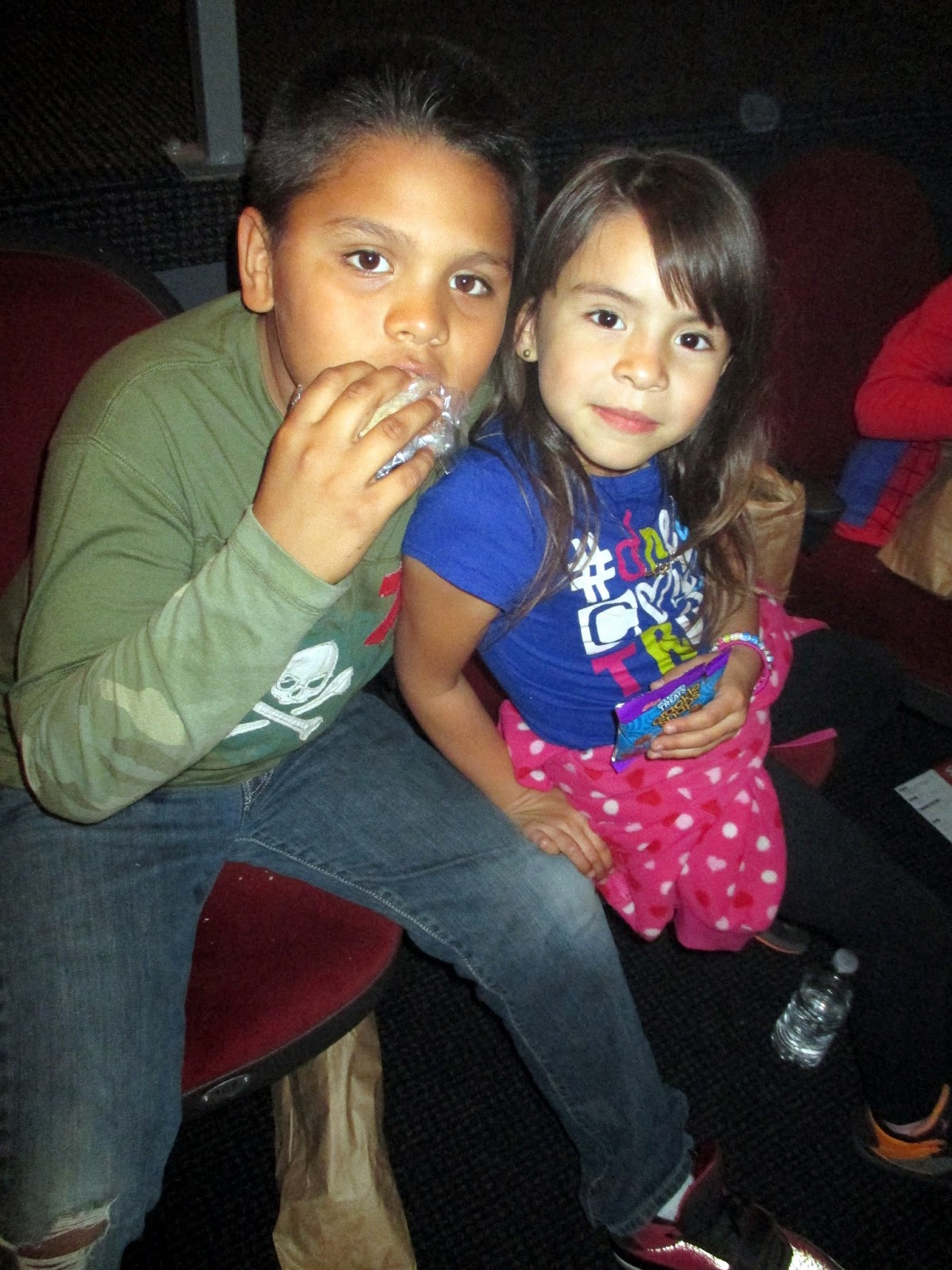 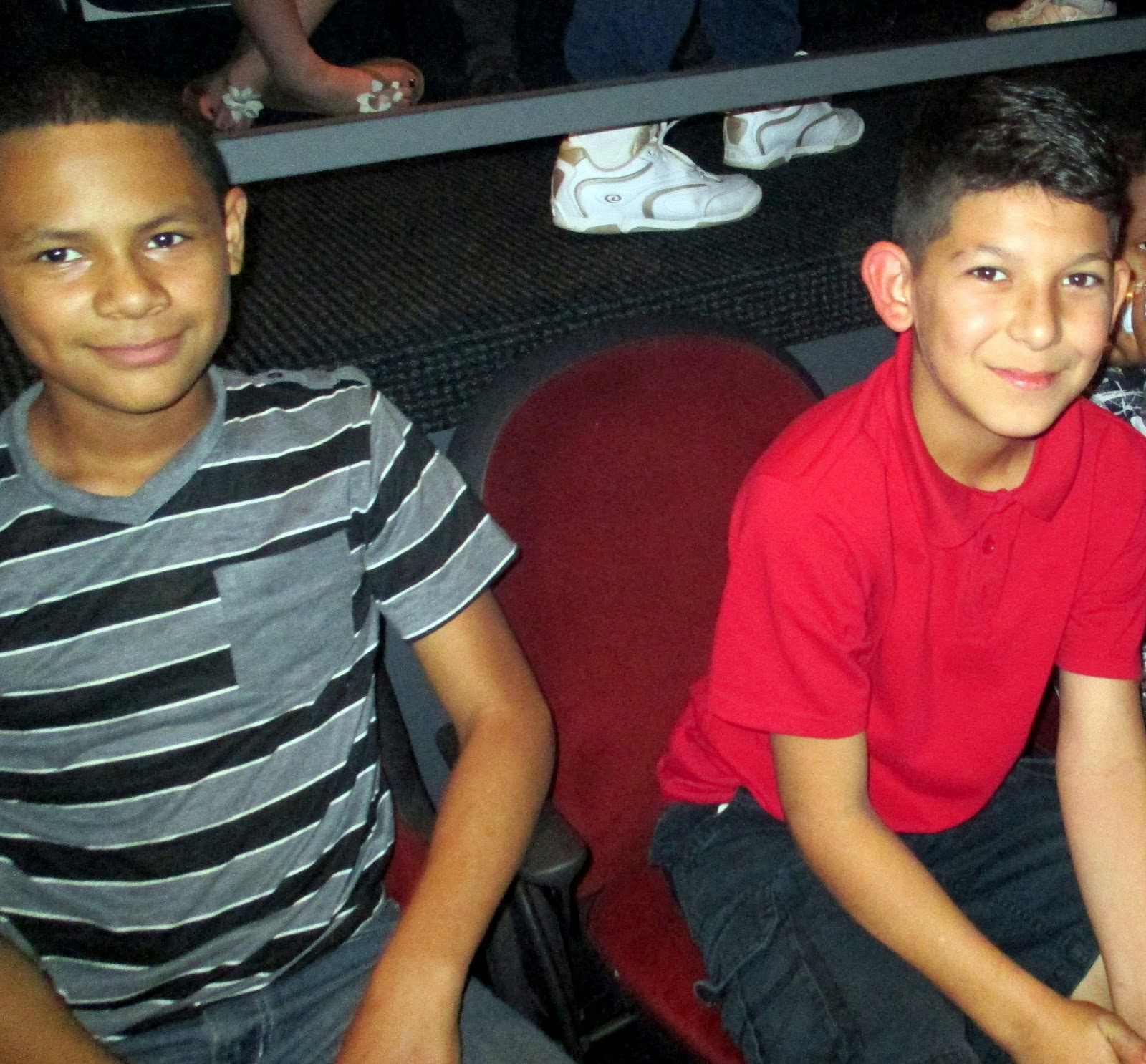 In my commute to Aim Right each afternoon from my morning job, I pass by the First Solar building.  They use some pretty cool technology to write short messages on their building occasionally.  A few I’ve seen are “TGIF,” a heart (for Valentine’s Day), and “42” (the number of a famous Arizona football player who died in Afghanistan).
Today it contains a word that Aim Right has adopted for our year-end campaign.﻿ 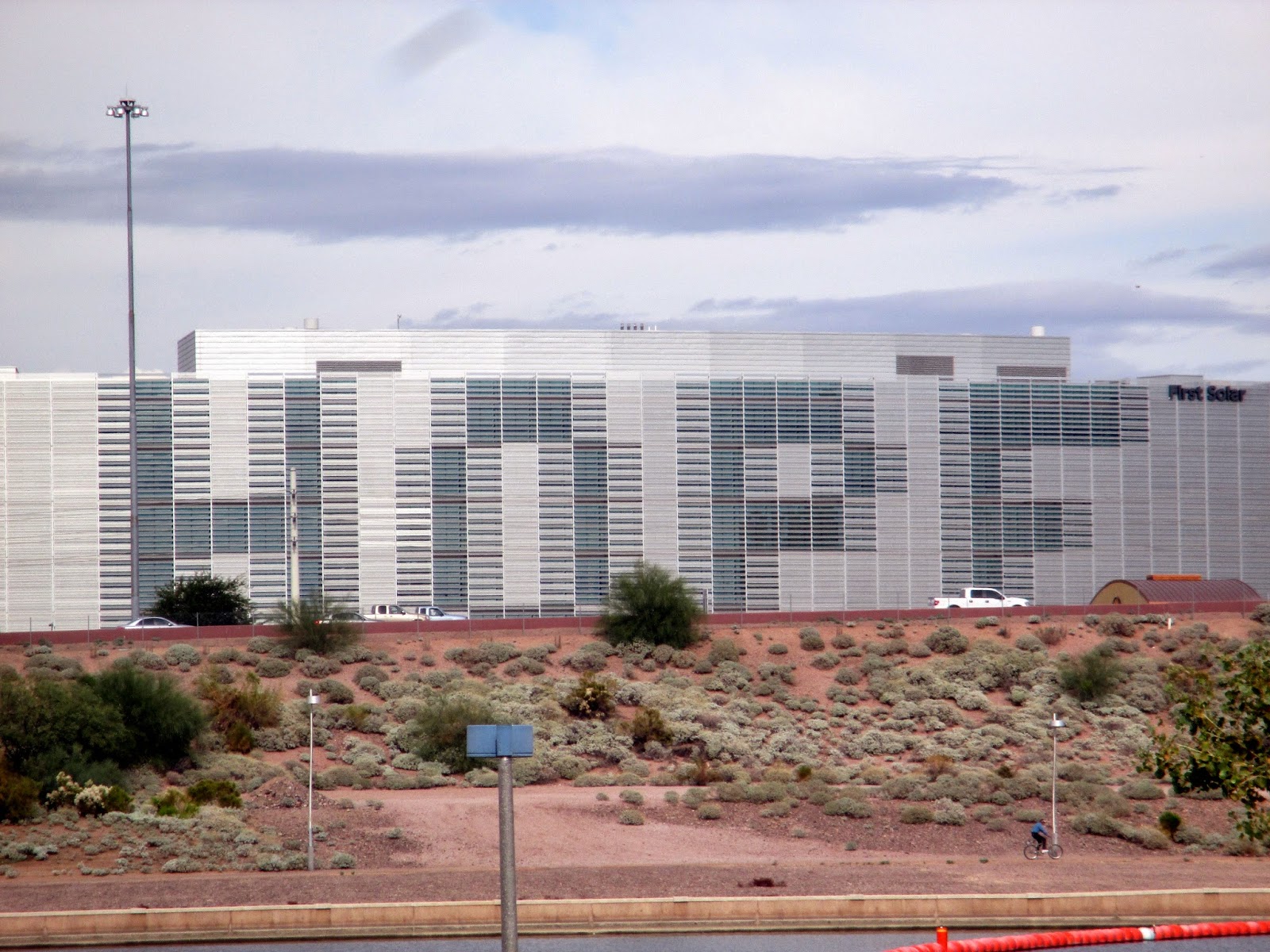 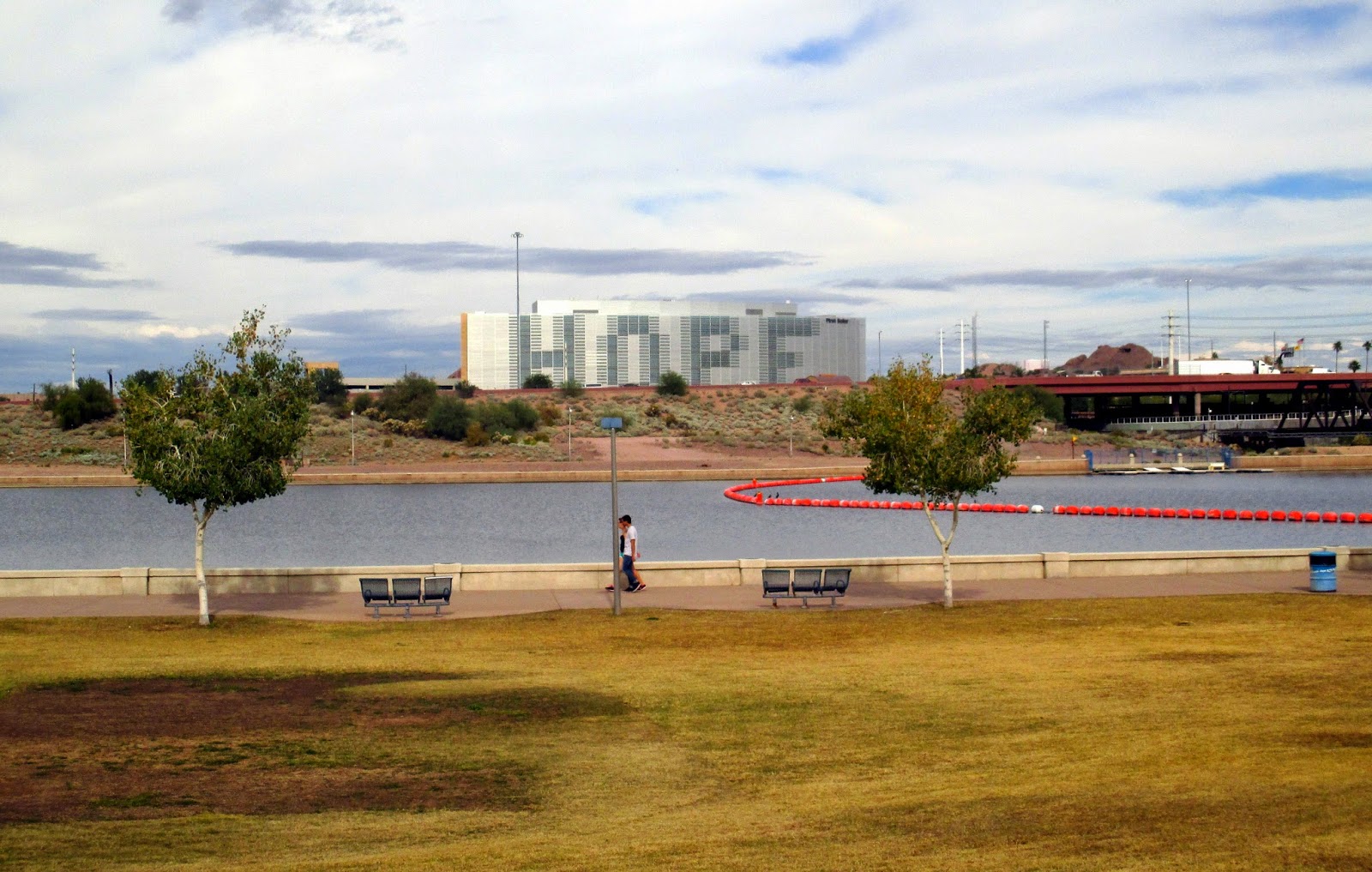 In light of this, that aired on the local news this morning, youth in the heart of Phoenix need hope. When I saw the segment air on the morning news, I noticed landmarks that are steps away from Aim Right’s grounds — the phoenix statue just across the street and the vacant lot at the corner with its realty sign and tattered wicker bench.

The City Observatory report referenced contains specific data by city and a detailed map covering neighborhoods across the United States (you can quickly find where you live).  Here’s the link to it:  Lost in Place.

“Permanently impaired” seems a rather strong statement–one certainly lacking hope for any change for kids from impoverished neighborhoods.  A teen I know has a dream of being a doctor, and she recently loaned me her autographed copy of Gifted Hands:  The Ben Carson Story.  How does a minority boy from inner city Detroit, growing up in a poor, single parent home, win an academic scholarship to Yale and become one of America’s most notable neurosurgeons?  In my opinion, here are a few things that made a difference in his life:

– His mother:  Relentlessly, she stressed high academic achievement.  She made her two sons read books if they wanted television privileges.  She had been married at 13, but unbeknownst to her, she’d married a married man.  After discovering the secret and becoming a single mom, she worked several jobs to make ends meet.  She wanted something better for her boys.

– God:  I shared with our Bible study group on Monday night an account of a low point in Carson’s life.  It was in his first year at Yale that Ben discovered that he was no longer the smartest kid in the school; everybody at Yale was bright.  He was miserably failing freshman chemistry due to poor study habits, and he cried out to God to intervene.  Though well aware that he surely did not deserve divine favor, he received it, in the form of a dream.  Carson scored a 97 on the final, negating his prior poor performance and securing a passing grade.  He was more sure than ever that God had called him to be a physician.  The book is full of many other stories of him reaching out to God, and God reaching out to him.

–Work:  In his high school and college years, he worked, often at menial jobs.  He tells the story of being part of a city trash pick-up crew.  He became the leader of his crew and motivated them to begin their shift early, when temperatures were cooler.  Once they had picked up their allotted bags of trash, they could go home — usually just as other crews were arriving to work.  This approach was never challenged by supervisors since Carson’s crew picked up more trash than any other crew that worked all day long.

–Mentors:  Carson attributes much of his success in neurosurgery to great physicians who trained and mentored him.  There were others in his life such as teachers and ROTC instructors who pushed him in the right direction when he was growing up.

Carson’s story is one of hope for inner-city kids — one more reason to keep on helping youth find direction in life.