Motivational speaker Franchesca Felix spoke to teens at Bible study yesterday evening.  At the beginning of her talk, she said something like this: “I’m gonna be real with you and tell you my true story, and what I ask from you is that you listen and be respectful.”﻿
“Frankie” grew up on the West side of the Valley, in a poor family; her family was poor because her parents gambled all their wages away.  When her parents’ marriage dissolved, Mom moved to California, leaving Frankie and her five siblings with their abusive dad.  Three of Frankie’s cousins, involved in gangs, moved in with the family.  One of the them raped Frankie when she was only 12 years old.  After that horrible experience, she became a “gangster,” wearing baggy, boyish clothes, carrying a knife on her at all times, doing drugs, getting into fights.  Soon her world as a teenager became arrests, probation, jail time, group home — and repeat.  At 14, she nearly committed suicide.  A teacher and his wife took her under their wing, and Frankie was able to graduate from high school with her class. 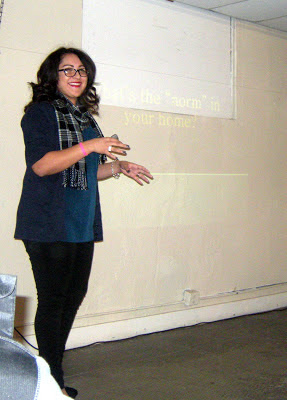 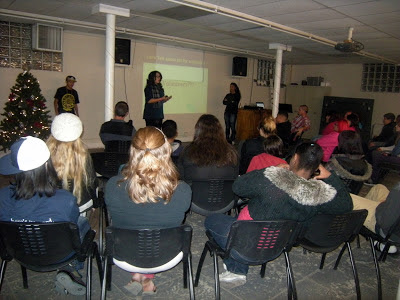 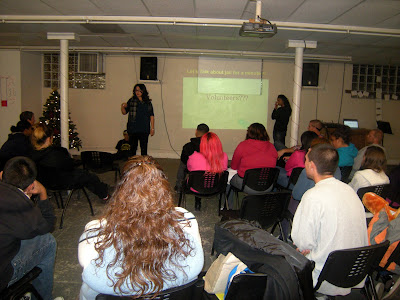 Frankie is now a believer and loves to speak to teens at jails, schools, and churches.  One of her slides states, “Keep your coins.  I want CHANGE.”  Frankie wants youth to hear her story before they turn to drugs or suicide, before they end up in jail, before they make some of the mistakes she did.

Our teen group wasn’t a you-could-have-heard-a-pin-drop crowd, but it came close.  Why was this?  They could relate to her story.  Arizona has the one of the highest teen suicide rates in the United States, and has consistently been in the top 10 since 1985.  Nationally, 1 in 3 girls and 1 in 5 boys are sexually abused by the age of 18.  When Frankie spoke about attempted suicide and sexual abuse, the teens could relate because far too many of them have “been there.”  When Frankie spoke about an abusive home, the drug dealer next door, and no money for rent, many of them have “been there,” too.  When Frankie spoke about a different kind of life, one with purpose and hope, I hope that teens will envision themselves there, too, by God’s grace.