In September, we began logging “points” for each child that attends Kids Klub. Children received points for attendance, as well as saying Bible memory verses and participating in various theme nights, such as Crazy Hair or Mismatch Day. The children pictured below earned the most points and were awarded with special prizes. Special thanks to Ro & Lourdes for purchasing the prizes; the ones pictured below are only a few of the rewards that were given away yesterday evening.

Third grader Randy was the 4th place winner of a brand-new bicycle (pictured with Ro). 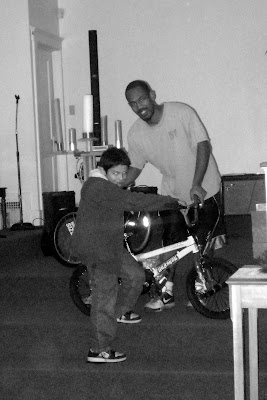 In 3rd place was Randy’s sister Pati, who also received a sweet new set of wheels. 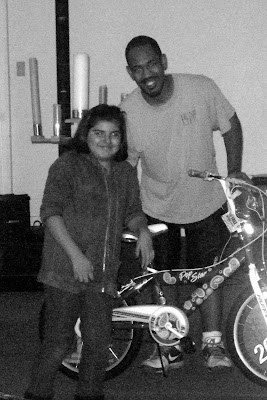 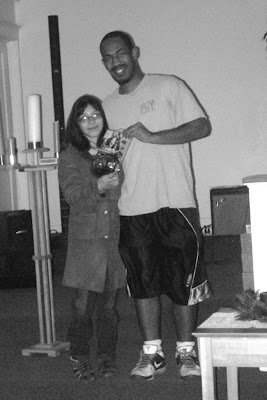 Fifth grader Isaac earned 1st place and was awarded a Wii. After the awards were given out, a 1st grader proudly informed me that “the one who got the Wii is my friend.” He seemed to be envisioning a lot of fun times in the future at Isaac’s house! 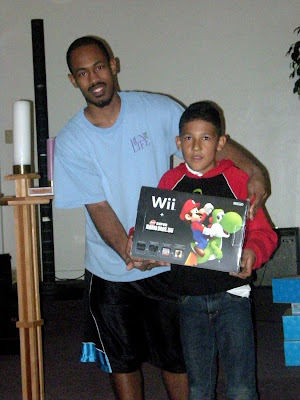