1.  Read here about a young man’s experience in Kenya, sharing the love of Christ with at-risk youth through baseball.  (P.S.  The article mentions Zach and Allyah Miller, who plan to join the work in Kenya soon.  Allyah served as an intern at Aim Right several years ago.) 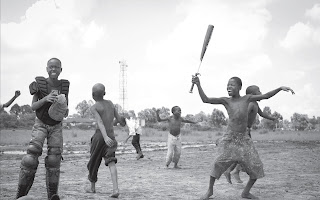 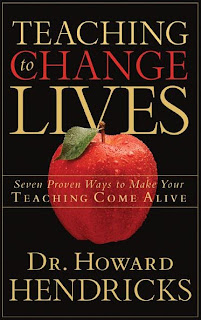 With the kind of start I had in life, I’m sure I could have soon died and gone to hell and nobody would have particularly cared. I was born into a broken home, my parents having separated before I was born. The only time I ever saw them together was eighteen years later when I was called to testify in a divorce court.

As a boy I lived in a neighborhood in north Philadelphia in which they said an evangelical church could never be planted. But God has a fantastic sense of humor whenever anyone decides what can’t be done. He led a small group of Christians to band together, buy a little house there, and start a church.

One man in the church was named Walt. He had only a sixth-grade education. One day Walt told the Sunday school superintendent he wanted to start a Sunday school class. “That’s great, Walt,” he was told, “but we don’t have an opening for you.” Walt insisted, however, so the superintendent said, “Good. Go out and get a class. Anybody you find is yours.”

Then Walt came into my community. The first time we met I was playing marbles out on the concrete. “Son,” he said, “how would you like to go to Sunday school?”

I wasn’t interested. Anything with school in it had to be bad news.

So he said, “How about a game of marbles?”

That was different. So we shot marbles and had a great time, though he whipped me in every single game. (Now you know: I lost my marbles early in life.) By then I would have followed him anywhere.

Walt picked up a total of thirteen boys in that community for his Sunday school class, of whom nine were from broken homes. Eleven of the thirteen are now in full-time vocational Christian work.

Actually, I can’t tell you much of what Walt said to us, but I can tell you everything about him…because he loved me for Christ’s sake. He loved me more than my parents did.

He used to take us hiking, and I’ll never forget those times. I’m sure we made his bad heart worse, but he’d run all over those woods with us because he cared.

He was not the most scintillating person in the world, but he was for real. I knew it, and so did everyone else in that class.