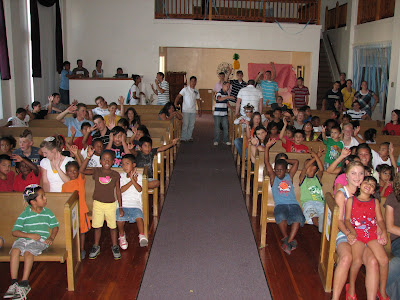 If some kids look a little wet, it’s because they are a LOT wet. The activity for games was a water slide! 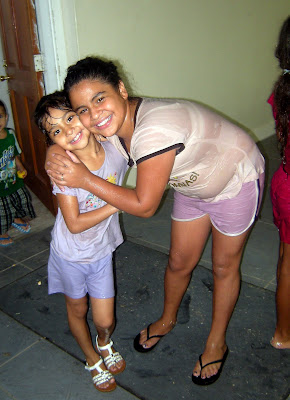 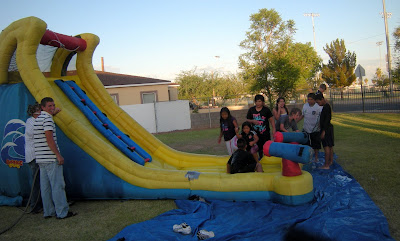 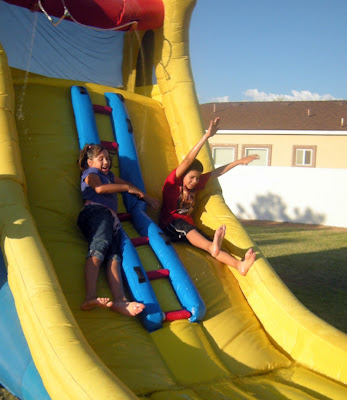 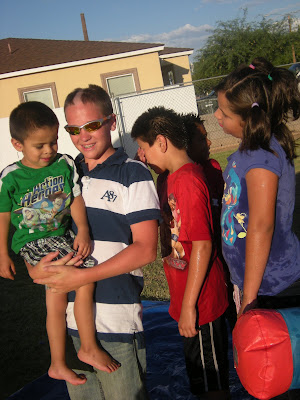 I love how this little guy is covering his eyes. I guess he thought he was in for a scary ride! 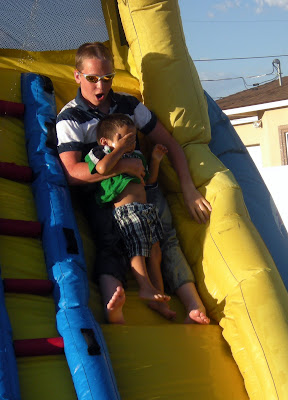 Some photos of those who participated in Crazy Hair Night: 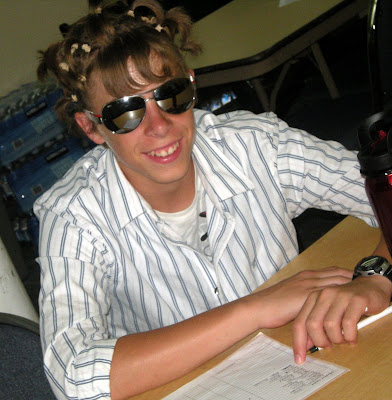 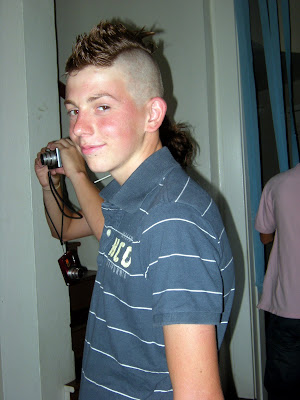 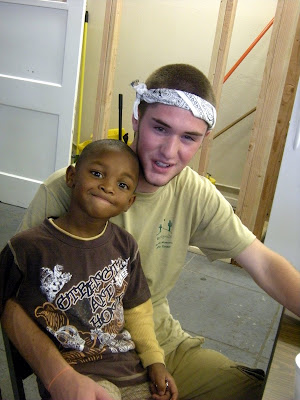 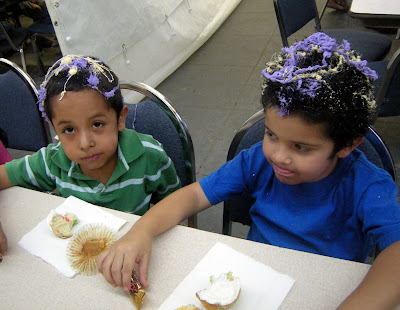 The youngest classes really love to sing, and it’s even more special when you get to join the staff on the stage to sing! 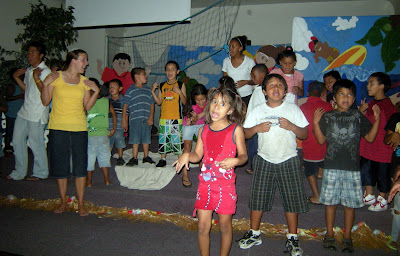 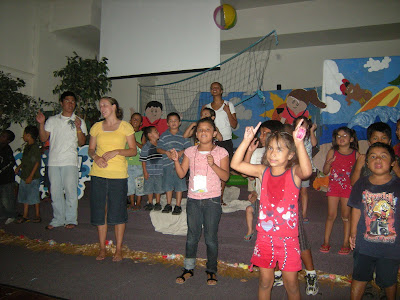 The Bible Story site staff has been doing a fantastic job of holding the children’s attention. Yesterday evening, the children sat in the “boat” while “Peter” told them how they were doing poorly on their fishing expedition until someone suggested they throw the net to the other side of the boat. 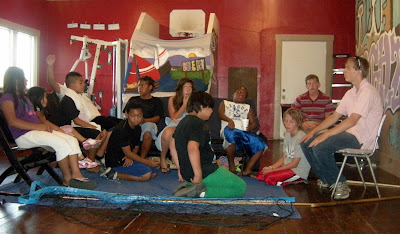 They followed the man’s advice, and soon the net was filled with fish! 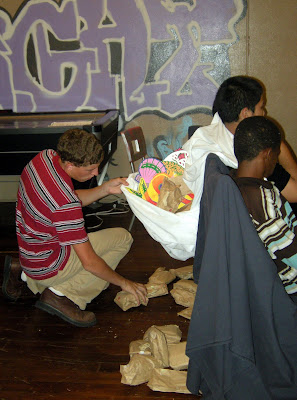 The kids then learned that the man whose power had provided such a miraculous catch was JESUS! And He invited them to a fish fry on the beach with Him! 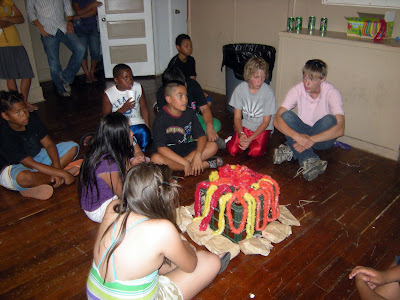 At the Activity/Memory Verse site, children answered these questions as they worked on their projects:
What jobs are you doing for Jesus right now?
What might you do for God in the future?
What does it mean to follow Jesus? 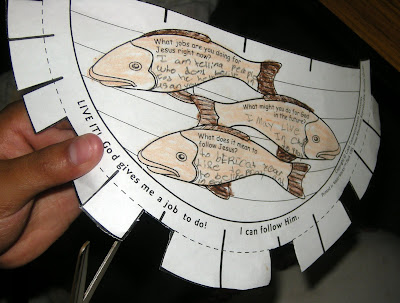 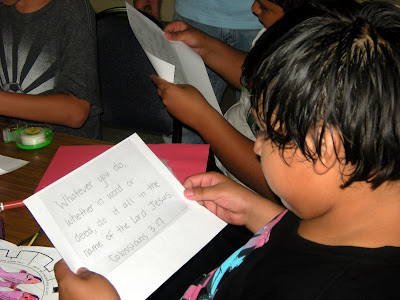 The snack was: cupcakes! 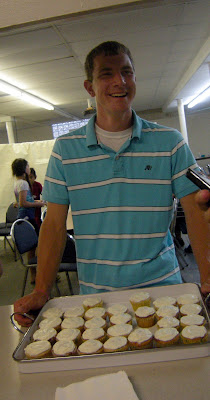 Children who didn’t want to get soaked on the water slide enjoyed other outdoor activities. 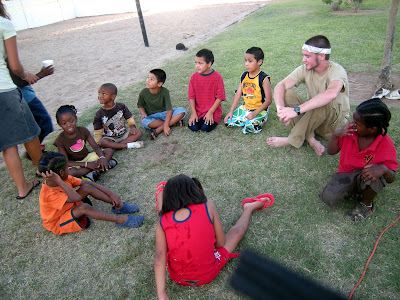 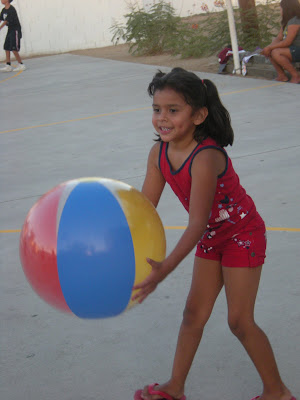 The bubble-blowing cutie is in the youngest class, barely says a word (at least on the bus), and has come every evening. She is so petite that someone usually carries her up and down the bus steps. 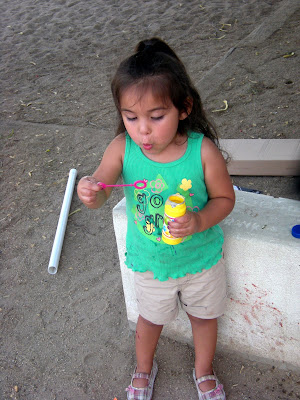 The New Yorkers’ energy levels continue to be high, and it must be due to the great cooking that they’re getting from these two, who are GPS’ing their way around Phoenix to buy groceries and then preparing meals in a not-so-spacious, hot, and definitely-not-swanky kitchen! 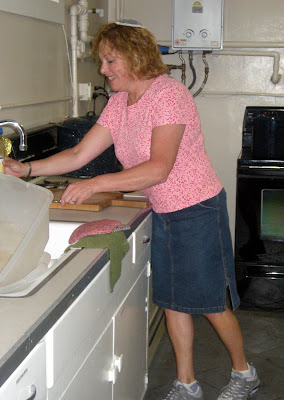 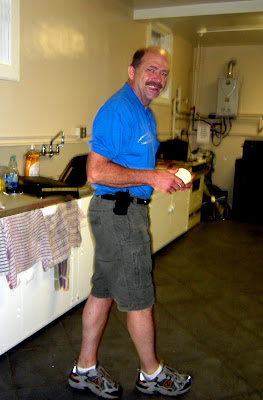 Our painter-in-residence for the week tackled another project yesterday — re-doing the lines on our basketball court and then painting a seal in the center of the court. 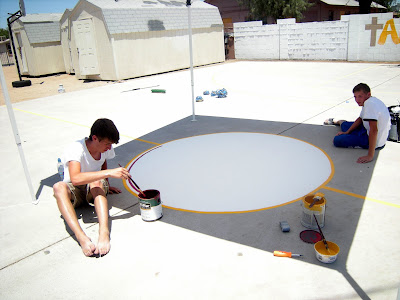 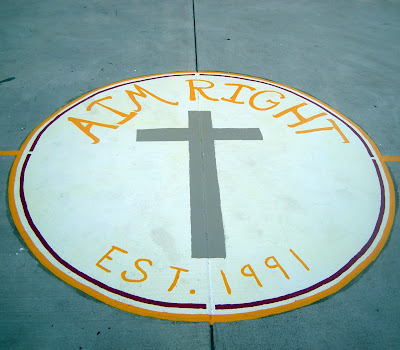