It was awhile ago that I received this series of text messages from a teenager:

How can I understand God?

May I ask, what made you believe in God?

Talk about “loaded” questions!  How would you answer them?

Pastor Tim Keller speaks and writes about the need for Christians today to be apologists, especially when ministering in an urban context.  He says:

“Just giving the what (for example, a vivid gospel presentation) worked in the days when the cultural institutions created an environment in which Christianity just felt true or at least honorable. But in a post-Christendom society, in the marketplace of ideas, you have to explain why this is true, or people will just dismiss it.”  (bold and underline emphasis is mine)

There is a generation for whom “Jesus loves you,” doesn’t seem to cut it.  There is a marketplace of ideas of Ikea-sized proportions.

Yesterday evening during Aim Right’s Bible study for teen girls, the girls had a lot of questions, ranging from gender identity to the sovereignty of God to creation.  For most topics, the teens had a perception of what was true based on what culture has led them to believe.  When we staff responded with a counter-cultural answer, we needed to be prepared to tackle why we believe that way. 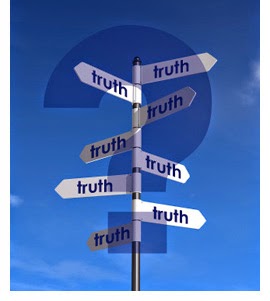 Joseph Goebbels served as Adolf Hitler’s Propaganda Minister (yes, that was actually his title!), and this quote is attributed to Goebbels:
“If you tell a lie big enough and keep repeating it, people will eventually come to believe it. The lie can be maintained only for such time as the State can shield the people from the political, economic, and/or military consequences of the lie. It thus becomes vitally important for the State to use all of its powers to repress dissent, for the truth is the mortal enemy of the lie, and thus by extension, the truth is the greatest enemy of the State.”

We are living in a culture of big lies, and the World Wide Web has made it quite convenient to repeat them as often as someone chooses.